Posted on September 21, 2013 by thegradmedstudent

Part of me can’t believe that I have been back at uni for 3 weeks already,  but when I sit down and think about it; the second of September feels like it was a very long time ago. Already the pile of lectures that need writing up is beginning to pile up a bit more than I would like and that’s before I even get onto the patient reports that I haven’t even started. You’re probably thinking (as I am) “what the hell are you doing sitting on the couch watching Jeff Stelling on Soccer Saturday and writing this blog?” The answer is simple; I’m knackered. Burnout is a really common problem for medical students, we simply work too hard and suddenly the love for medicine is gone. That is a dangerous thing. There is simply no way that you can get through this course and the subsequent career if you don’t love what you do. It’s too demanding. Even the most determined person in the world would have to have to love what they were doing to put up with some of the shit that we have to. 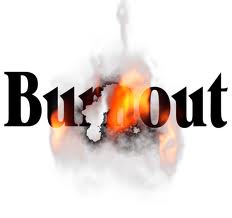 My brain is the bit in the middle..

This is why I have decided that Saturdays are my day of rest, my break from medicine. I always used to have Sundays off, not for any religious reason, I just had an easy Friday so normally I wasn’t exhausted on a Saturday. Now, with the brutal sessions we have running on a Friday I am still tired on a Saturday and pretty much the last thing I want to be doing is medicine. Plus, I think it helps working on a Sunday, as a build up to starting back in the hospital on Monday mornings.

GTA coming out this week hasn’t helped. Alex has got it, it’s cruel listening to her play it while I work. I’ve mentally banned myself from “borrowing” it off her until after my December exams otherwise I think I’d never get anything done, that is, if I could actually get the game off her for long enough to play it!

One thing that will hopefully make catching up a little bit easier is that next week is quite laid back in terms of actual uni work. Our freshers start on Monday so they’re the priority for the next week, while they’re still keen and everything and don’t hate medicine yet. This means that we’re largely left to our own devices with a couple of lectures thrown in for good measure so that it at least looks like they’re trying to teach us things. Of course a new bunch of freshers means a lot of new faces, “fresh meat” as they’re referred to by predatory lads, lasses and lecturers alike.. though hopefully the lecturers mean it in a slightly different way to the previous two…

One of these new faces will be my “daughter” – the fresher that I’m supposed to mentor through things, offer advice, comfort.. and protect from the more predatory lads. I’m hoping that by the time I actually meet her on Tuesday evening that I have got over my own little breakdown so that I can be all inspirational and shit. My medic mum was pretty crap to be honest; I think I saw her twice last year, though she did introduce me to a couple of people who did look after me and give me notes and things, which is pretty much the only point of having a parent: to give you notes.

Oh yeah, so I learned one interesting thing this week (this morning actually):

Golf balls hurt like a bitch. (That’s right.. I’m one of those medical students that plays golf). Seriously though, you should see the size of the bruise on the side of my leg from getting in the way of one. I’d post a picture, but pretty sure I’d scare you guys away. I’m lucky it hit me on my thigh (I cycle a lot), which is big enough to absorb a lot of the force. If it had hit me somewhere else.. (I’ll leave that to your imagination) then I might not have been so lucky.

I’ve got a lot of patient time scheduled this week, so fingers crossed I’ll have some stories from them to talk to you about at the start of next week.

1 Response to End of week 3 – Burnout